UMA College of
Arts and Sciences
and UMASC
present 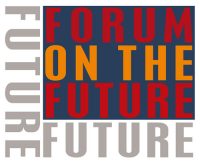 Recognizing that sharp divisions in the American populace have caused many to fear for the future of democracy in our nation, this Forum on the Future will feature two knowledgeable speakers, one a political scientist and one an opinion page editor, to provide their insight on the topic. They will address the background of our divide and what can be done to bring about a more civil national conversation and find common causes on which the two sides can work together. UMASC Forums on the Future are intended to be presentations of information and ideas, and not a debate.

Daniel M. Shea is a professor of Government at Colby College and former Director of the Goldfarb Center for Public Affairs and Civil Engagement.  Included in his specialization are civility in politics and youth engagement. He has written or edited over 20 books on elections, the latest of which is titled “Why Vote? Essential Questions about the Future of Elections in the United States.” He lives in Mt Vernon with his wife Christine and three children.

Greg Kesich is the Editorial Page Editor of the Portland Press Herald/Maine Sunday Telegram. His work has appeared in the state’s newspapers for the last 30 years, starting as a reporter whose assignments included coverage of the State House and the State court system before moving into opinion writing in 2007.  He has served as Editorial Page Editor for the Press Herald for the past eight years.  He lives in Portland with his wife Gail Donovan, a children’s book author.

Moderator: Marilyn Canavan, a Senior College board member and former State Representative will serve as moderator of the event.

There will be ample time for questions and interaction with the audience. Refreshments will be served.