Winter programs are free of charge.
Simply click the “Add to Cart” button to register.

France has long had a thriving film industry and has produced some iconic movies. It is second only to Hollywood for the production of films with a world-wide distribution. French films offer the opportunity for those who are familiar with the French language to hone their listening skills and everyone, whether they speak French or not, will be entertained by some fine cinema. The films will all have English subtitles which will make them understandable for non-French speakers and assist francophones who are a little rusty. This course will show 7 French language films, some classic and some released more recently. The objective of the classes will be entertainment and the improvement of language skills.

The films, listed below, will be shown in the Michael Klahr Center at the University of Maine in Augusta and will be streamed via Zoom on Saturday afternoons. Doors will open at 12:30 p.m. and the class will start at 1:00 p.m. There will be an intermission in the middle of each film and an opportunity to discuss the film and to ask questions at the end. 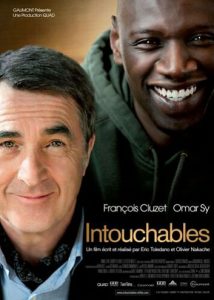 Philippe is a wealthy quadriplegic who lives in a luxurious townhouse in Paris. Driss is an unemployed ex-con from the poorer side of the city. Driss applies for a job as Philippe’s live-in caregiver but only to meet a requirement to receive unemployment benefits. He has no real interest or experience in the job. Philippe challenges Driss to take the position which he does reluctantly. After a rough start, the pair begins to absorb life’s lessons from each other. Phillippe introduces Driss to the finer things of life and Driss brings life to the townhouse. But troubles in Driss’ family call him back to the neighborhood. Philippe becomes depressed and withdrawn with the new caregivers. Eventually, Driss returns and lifts Philippe’s spirits with a surprise rendezvous.

Intouchables was one of the largest box office hits of all times in France. This is one of a number of French films produced this century which demonstrates some of the cultural diversity of modern France. Omas Sy, who stars as Bakary "Driss" Bassari, is first generation French, born of West African parents. 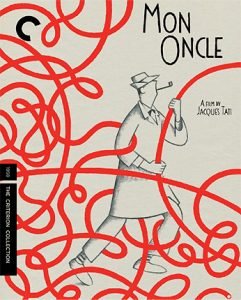 The director and star of this film is one of the best known comedy directors and film actors of mid-century France. His character, Mr. Hulot, appears in 4 of his films. The themes of his films include western society's obsession with material goods, American-style consumerism and the cold and often impractical nature of space-age technology and design. In Mon Oncle, Mr. Hulot visits the technology-driven world of his sister, brother-in-law, and nephew, but he can't quite fit into the surroundings. Mon Oncle won the 1959 award for Best Foreign Language Film at the Academy Awards. 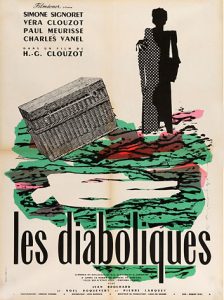 Michel is a tyrannical headmaster of a boarding school. He mistreats his wife, Christina, and his mistress, Nicole. Unable to withstand the mistreatment any longer, Nicole and Christina develop a plan with a perfect alibi to murder Michel. After the murder, the body disappears but traces of Michel keep reappearing mysteriously. Christina is overcome with fear and confesses the crime to the police. The police eventually solve the mysterious reappearances but only after Christina has a heart attack.

The film has been called the best psychological thriller that Hitchcock never made. The twist at the end of the movie makes you rethink everything that you saw before. 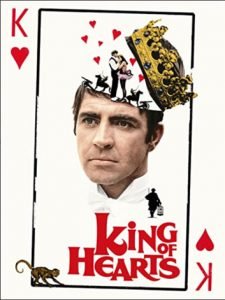 PLEASE NOTE: Technical issues prevented us from showing La vache as planned.  Instead we are going to show Le Roi de coeur (King of Hearts).

Le roi de coeur is set in WWI.  As the German army retreats from a French town, it has set up a booby trap with explosives to welcome the British army. The town folk flee and the gates of the insane asylum are left open.  The asylum residents take over the town and assume the roles of the town folk: mayor, bishop, and even call girls.  A Scottish soldier, Charles Plumpick,  is sent to scout the town and defuse the bomb.  He has to navigate through the peculiarities of the asylum resident while searching for the bomb.  Plumpick falls in love with one of the residents and decides that there is an advantage to living a sheltered life during times of conflict. 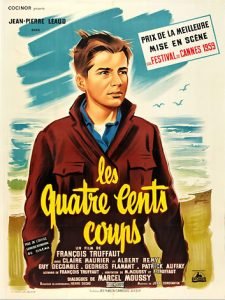 LES QUATRE CENTS COUPS has been postponed to March 12. 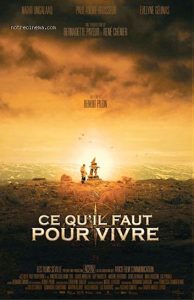 In 1952, a tuberculosis epidemic is sweeping Northern Canada. Tiivii, an Inuit, is brought to Quebec for treatment. Tiivii is unable to speak French and struggles understanding the staff in the sanitarium and is baffled by the different culture. A nurse introduces Tiivii to Kaki, an orphaned Inuit boy, who can speak both languages. With the orphan’s help, Tiivii opens up his culture to others and develops a plan to adopt Kaki.

The film is in Canadian French and Inuktitut, the language of the Inuit of Northern Canada. The film was called one of the best Quebecois films of 2008, intelligent and beautiful. It won 4 categories in the 2009 Genie Awards, the Canadian equivalent of the Academy Awards. 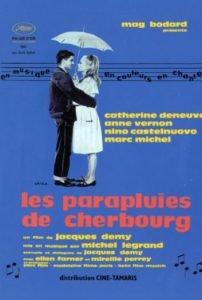 Young lovers, Geneviève and Guy, are separated when Guy is drafted for the French war in Algeria in 1957.  Before Guy leaves, the two spend the night together and pledge their undying love.  But Guy does not answer letters and Geneviève is pregnant.  At her mother’s urging, Geneviève accepts the marriage proposal of a rich suiter.  Guy returns from the war to find that Geneviève has forsaken him and begins a life without her.  He opens a gas station and marries Madeleine, his aunt’s caretaker.  Together they live a modest but happy life and have a son that they name Francois.  Four years later, Geneviève, pulls into Guy’s gas station on her way to take her daughter to see Santa. When Guy asks her daughter’s name Geneviève replies, "Françoise. She's a lot like you.”  As Geneviève drives off Madeleine and Francois return and Guy plays in the snow with his son before going inside.

This is a musical where both songs and dialogue are sung, a performance art called “sung-through”.  The film is known for its theme song "Je ne pourrai jamais vivre sans toi”, and its English version “I Will Wait for You”.  The film won the Palm d’Or Award at the 1964 Cannes Film Festival.

In Les quatre cents coups, Antoine, a teenager with an unhappy home life falls into a life of lies and theft. Each day after school he returns to a dreary apartment where his parents bicker. He begins a life of truancy and small thefts. After he is caught by the police, his parents decide to let him face the consequence of the justice system. The film is an exposé of the injustices of the treatment of juvenile offenders in France at the time.

The director, Francois Truffaut, is considered the founder of the French New Wave film movement. The movement rejected traditional film making and explored new approaches to editing and visual styles and engagement with the social and political upheavals of the era. The film was Truffaut’s directorial debut. The English title “The 400 Blows” is a poor translation of the French. “Les quatre cents coups” which is a French idiom for “living a wild life”. The film won 2 awards at the 1959 Cannes Film. 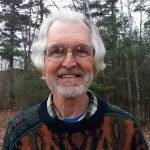 Louis Fontaine worked as an environmental specialist for the State of Maine Department of Environmental Protection for 38 years in the water pollution and air pollution fields. During his final years at the department, he managed the program and inspectors who ensured that facilities complied with the air pollution laws of the State of Maine. He is also a member of the Ecotoasters Toastmaster Club and has earned an Advanced Communicator certificate. Since his retirement, Louis has been exploring his family’s genealogy and history and working on improving his French language skills. He currently lives in Sidney, Maine, with his wife Cheryl.

PLEASE NOTE: Full vaccination and a mask are required indoors on the UMA campus.

SNOW DAY PROTOCOL:
An email notice will be sent to class registrants when films are cancelled due to inclement weather.

Don’t miss the UMASC
2022 Winter Lectures
being held on Tuesdays
from January 11 to March 15.