Students will be exposed to basic acting techniques. It may involve scene study, which would require out-of-class time to work with a partner. CLASSROOM 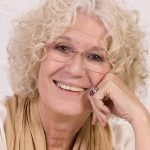 Barbara Helen Baker is a professional actress who holds a B.S. from Northwestern University and an M.A. from UMO.  She is a member of Actors’ Equity Association, Screen Actors Guild, and AFTRA.  She taught acting at the Lewiston Summer Program for teens from 2010-2017, formed the Colonial Theatre Youth Troupe, and has appeared in the Maine-made films, Holly Star (on Netflix) and Beneath the Harvest Moon.  She has three children and five grandchildren.