This class is full.

We’re off on a brand new magical history tour (with apologies to the Beatles) of well-known and little known Maine sites. Have you visited the Sarah Orne Jewett house in South Berwick or the Neal Dow home in Portland? When was the last time you visited the Outdoor Heritage Museum in Rangeley? All of these and many more places might be visited in this six week class beginning May 8th. Car pools will be arranged and walking will be included. We will pay a fee or donation to most of the sites. Stops for lunch will be arranged. This class will give you new ideas of places to take all those visitors who come to stay with you during summer in Maine and/or deepen your appreciation of our unique history. AND it will be fun!

Note: This class is open to previous participants and new adventurers.  Away 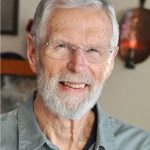 Mick O’Halloran received most of his education in Miss Down’s Third Grade class in Millinocket. He later went on to Stearns High School, the University of Maine and finally to UMA Senior College. He spent most of his career working in manufacturing where he somehow managed to avoid being laid off until he was old enough to go on Medicare. Bob and Sue now live in Winthrop. 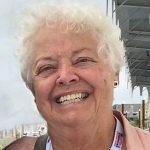 Susan O’Halloran grew up in the New Hampshire,living winters in Berlin and summers at Moose Brook State Park in Gorham. She taught Special Education in NH and Hawaii, and served as a certified childbirth educator for a dozen years. In Maine, Sue completed a two year program in Family Systems. She facilitated women’s support groups and a variety of state sponsored initiatives including a decade of helping Maine communities address the prevention and/or aftermath management of Youth Suicide. 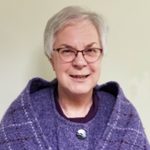 Linda Williams taught 21½ years. She has a BA in History and an MA in Education from University of Michigan. In Maine, Linda worked extensively with the Office of Substance Abuse, the Maine Youth Suicide Prevention Program, and Somerset County Hospice as Executive Director. Linda’s classes are always well-received and highly rated.