This is not “Dixieland” nor is it “Straw Hat” music –

this is the REAL DEAL, folks.

It doesn’t get any better than this… 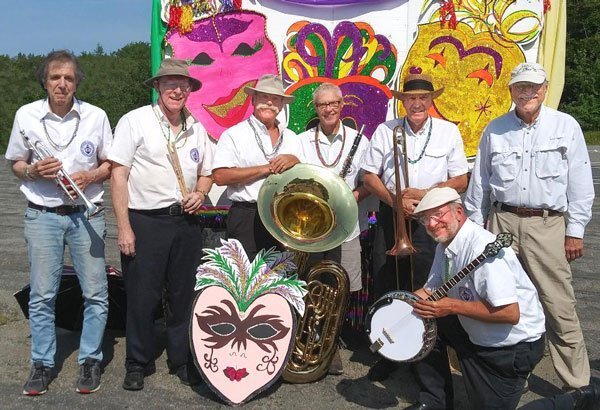 The State Street Traditional Jazz Band pays homage to music born over 100 years past, to its authentic origins at the turn of the 20th century. These enchanting sounds were heard then in New Orleans and throughout the Louisiana Delta region. However, following WWI, jazz moved north out of New Orleans, and in the course of the move it began to change. Yet, many musical greats kept it alive, such as the Original Preservation Hall Jazz Band, Louis Armstrong, “Kid” Thomas Valentine, Sweet Emma Barrette, and the Humphrey Brothers, among others.

Sadly, today those music legends have passed, but the State Street Traditional Jazz Band is dedicated to playing, preserving and keeping this music alive.

Tickets are now available for purchase online by clicking above. You can also  purchase tickets at the door, at Dave’s Appliance in Winthrop or call 621-3551 for mail order tickets and information.

Back to Concerts at Jewett
×
×