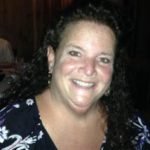 The world seems driven by bad news doesn’t it?  Where are the people who are making a difference and having a positive influence on our lives? One of them lived in Winthrop, Massachusetts and I would love for you  to know her story.  Amy Gallagher loved her students, her Red Sox, her town and faith community. She radiated love and compassion and her story is an inspiration for our times. 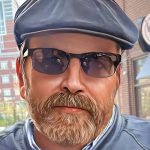 Mike Bell loves American history! With a master’s degree in both history and teaching and an undergrad degree in political science, he has enjoyed a varied career in teaching and historical interpretation. Mike appeared on a History Channel special about PT 109, and for over 20 years portrayed many historical figures, including Butch Cassidy and Sam Houston. 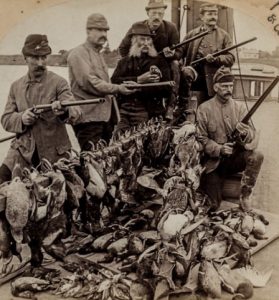 The audience for this talk will see original and little-known images of Maine between 1860 and 1900, taken from stereoview photographs of the period; attendees will be provided with free paper glasses to allow them to see the images in three dimensions, as originally intended.

Stereo photography and the resulting card and glass stereoviews represented the most widespread form of 19th century commercial photography, and was a recreational and educational tool enjoyed by millions of ordinary citizens of the time. The images are taken from the Maine Historic Preservation Commission's 20,000-item collection of Maine stereoviews and also from the author's own collection. The scenes show families, industry, communities, houses and factories, landscapes, celebrities, events, and almost every aspect of life as it was in Maine before cars, paved roads, and electricity brought Maine into the modern age. The stereoviews give viewers an immediacy and closeness to history unmatched by any other imagery. 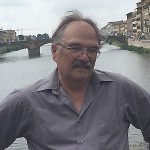 Bernard Fishman was born in New York City and educated at Columbia University and the University of Pennsylvania. For three years he was an Egyptologist in Luxor, Egypt, working at Chicago House, the University of Chicago’s research center there. Since then he has directed five museums. He has been the director of the Maine State Museum since 2012.

Bernard had some strong roots in Maine before he came to the Maine State Museum. Before the 1980s, under the name of the M.H. Fishman Co., his family operated Five-and-Ten-Cent stores in Calais, Houlton, Waterville and Biddeford. Bernard spent 11 summers in summer camps in Maine when he was growing up. He is married to Elizabeth and has a son, Philip, who works in Augusta.

He is the author or editor of numerous articles and publications, most recently ‘A Story of Maine in 112 Objects’ (The Maine State Museum and Tilbury House Publishers). He is also a co-founder of Photoarchive3D, an archive of 35,000 historic stereoview images that are made available for educational image projections in 3D.

Margy will talk about  the many lives of her soon to be published book Who Needs A Statue?  Co- authored by Eve LaPlante and illustrated by Alix Delinois this non fiction picture book  begins in the Capitol  Building in Washington DC with the  the collection of 100 statues of famous Americans, two from each state. How many of these statues are of women and people of color? Using photos and images from Alix's drafts Margy will talk about how her book went from Who's That Lady? in 2018 to Who Needs a Statue? in 2023. 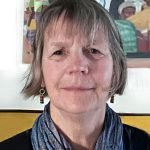 Margy Burns Knight received the National Education Association’s Author-Illustrator Human & Civil Rights Award for her work with Anne Sibley O’Brien and the Children’s Africana Book Award for Africa Is Not a Country. She is the author of Talking Walls, which has sold more than 200,000 copies. 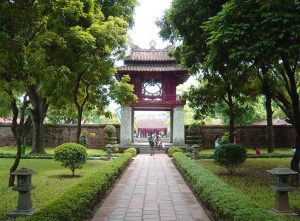 Vietnam is a beautiful country that has been reborn and is full of surprises.  We will travel from Hanoi in the north to Ho Chi Minh City in the south, discovering the scenery, the Vietnamese people, their culture and history.  Though very protective of their independence, the people are welcoming and friendly to those who come in peace. 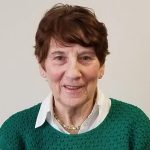 Elizabeth Reinsboroughwas born in Northern Ireland. She was educated at Queens University, Belfast and University College, London. She has worked in a plant breeding program in Tanzania and taught biology in Maine for 20 years. Elizabeth has traveled widely in the United States, often with a focus on our National Parks. She enjoys hiking and for 20 years was a maintainer on the Appalachian Trail in the 100 mile wilderness. 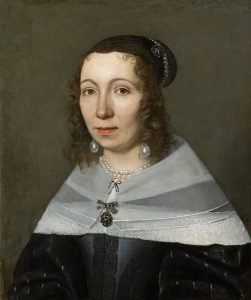 Maria Sybilla Marianne is known for groundbreaking research on the lifecycle of butterflies and moths in the 1600s and her art that documented it. Her life story and her contributions to art and science have fascinated and inspired for generations. This presentation will be about both her life story as well as her contributions to science and art. 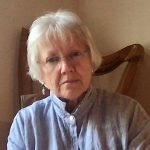 Cyrene Slegona has been engaged with Monarchs since she was a young girl in Lincolnville. As a classroom teacher she integrated work with them in grades 1 through 7. Since retirement she continues to work with citizen science projects as a Maine Master Naturalist and Penobscot Bay Steward as well as rearing, tagging and releasing Monarchs each summer. She gives presentations and workshops concerning Monarchs as an indicator species for the environment and the significance of milkweed as an essential plant for many pollinators and insects. She is a graduate of the University of Maine with a Master’s degree in Education. 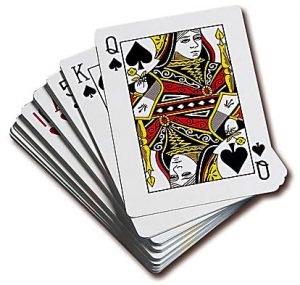 The discovery of paper in China had to precede the discovery of the playing card. The first playing cards were invented during the tang dynasty in the 9th Century AD. We have to travel from China to Persia and Arabia followed by Egypt. Four suited playing cards arrived in France in the 1300’s. The symbols and names changed. For example, the French placed the queen beneath the king. Include invention of reversible cards and we are almost there. Included will be the history of some card games such as the progression of Whist to Contract Bridge, the growth of Poker and Euchre. 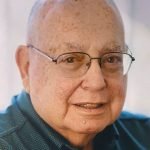 Peter Rosenberg was born and bred in Poughkeepsie, New York. He is a graduate of Poughkeepsie High School, 1957, Princeton University, 1961 and Tufts Medical School in 1965. After two years of Surgical Residency, he trained in Otolaryngology at Walter Reed Army Medical Center and became Chief of ENT at Fort Bragg. Following thirty-one years of practice in Norwich, Connecticut Peter moved to Maine to practice Otolaryngology at Togus VA Medical Center for a decade. His motto is “Why do one thing well when I can do a bunch of things poorly?” As an example of this, since joining the UMASC in 2005, he has taught courses or lectures on Magic for Grandparents, History of Medicine, Classical Music Librettists of the 20th Century, Opera, Playing Cards and a few other topics. 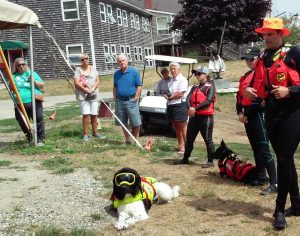 This lecture presents an overview and survey of maritime pets and their importance to the advancement of civilization. Animals have accompanied man on boats since early times. They have served in peace and wartime as guards, navigators, messengers, pack and transport, mascots and workers. 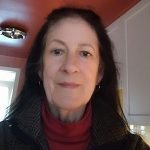 Patricia Sullivan received her B.A. and M.A. in History from George Washington University. She directed three notable American historic house museums and later became a consultant for the American Association of Museums and the Institute of Museum Services. In addition to curating several exhibits and developing major collection management strategies, Sullivan also developed the action and operating plan for the Newseum, a Washington DC museum of journalism, and she created future operating plans for the U.S. Mint (Bureau of Engraving and Printing) and the Museum of Latin American Art, both in Washington D.C.

Sullivan established the Museum of Maritime Pets in 2006, and is its Chief Operating Officer. The Museum has a world-wide following and as of September 2021, shares space and collaborates with the Maine Lighthouse Museum in Rockland.

Tuesday, May 9  •  1:00 PM
VISION, HEARING, AND OTHER SENSORY CHANGES AS WE AGE
Presenter: James Schneid 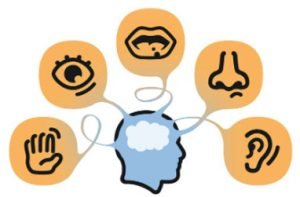 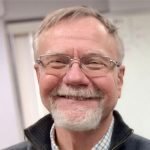 James Schneid M.D. is Board Certified in Family Medicine as well as Hospice and Palliative Medicine. He is the previous Program Director and Chair of the Maine Dartmouth Family Medicine Residency and is an Associate Professor of Family and Community Medicine at the Dartmouth Geisel School of Medicine. Jim has a lifelong interest in End of Life issues and in 2017 helped develop the first Hospice and Palliative Care Fellowship for physicians at the Togus V.A. Hospital and Maine Medical Center. As the VA Hospice Medical Director he enjoyed teaching nurses, chaplains, social workers, medical students, Resident physicians, fellows and attendings the art of Palliative Medicine.

Jim is still a faculty member preceptor at the Family Medicine Institute in Augusta and on the active staff of Androscoggin Home Healthcare and Hospice.

The 2023 Spring Lecture series features 10 lectures at the Klahr Center or on Zoom.

When you select this series, you may attend as many of the lectures as you please.

Each week, prior to the lecture, you will receive an email with your Zoom invitation.

All lectures are held on Tuesdays.