Learn about 250 years of Maine architecture, and maybe learn something about YOUR house (and the buildings of your town or city). Also, learn how to be an advocate for historic preservation. The core of this class will be eight weeks of slide presentations. There will be slide images of MANY local examples (over 500), numerous hands-on artifacts (including vintage architectural prints, periodicals, stereoviews, tools and books) as well as general discussions of methods of construction, technology changes, style changes and the ideas behind them. This class hopes to make connections between the everyday structures around us and the larger architectural themes that helped shape them. Students are greatly encouraged to enhance the class with experiences from their own homes and student photos can be integrated into the slide presentations. Also, we’ll cover topics of restoration and historic preservation, as well as how to solve common old house problems. Hopefully there’ll be something for everyone.

The Greek Revival and the relevance of Classic architecture

The impact of the Industrial Revolution on building and design.

The Late 19th Century, The Shingle Style, and the beginnings of an American identity. Also, the impact of architectural periodicals (The American Architect and Building News, in particular) on the evolution of design, and the itinerant delineators who developed those ideas (Harvey Ellis, Henry Kirby)

The Beginnings of Modernity. The work of Henry Richardson and Louis Sullivan, and the importance of aesthetics. Early Chicago’s development of the highrise.

The Prairie School. European origins of the Arts and Crafts Movement. Beginnings of European modernism.

The Rest of the 20th Century: Urbanism, Public Housing, the Green Movement and the Historic Preservation Movement, Impacts of the Colonial Revival in Maine, and the state of Maine’s rural communities. 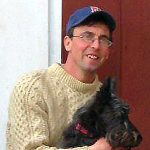 Dan Mitchell, an enthusiastic advocate for historic restoration, traditional building, and Maine’s culture, has a small restoration carpentry business in Sidney called River Road Restoration. He has done presentations for nearly all the local historical societies, and has taught this course for adult education in Waterville and Augusta.